We are proud to announce a new partnership between Axelar and e-Money, to support cross-chain

We are proud to announce a new partnership between Axelar and e-Money, to support cross-chain stablecoins on Cosmos. A blockchain-based payments platform built on Cosmos, e-Money supports a range of fiat-backed stablecoins, such as EEUR (euro stablecoin) and ECHF (Swiss franc stablecoin), among others. The e-Money platform also has a native token called Next Generation Money (NGM), which is used for staking and rewards.

As a project, e-Money is committed to providing people across the globe with easier access to digital currencies. By partnering with Axelar through an integration with our SDK, e-Money delivers on this promise by providing their users with cross-chain stablecoins. That means users will be able to move assets across a diverse range of networks supported by the Axelar network.

“By extending inroads between e-Money and Axelar network, the cross-chain link will facilitate better liquidity and utility for ecosystem users on both sides while fostering greater overall interoperability and growth for the Ethereum Ecosystem and non-EVM projects,” said Martin Dyring-Andersen, founder & CEO of e-Money.

Users can move these cross-chain stablecoins from within e-Money’s own wallet and web app, or through Satellite (shown below), a cross-chain bridge built on top of the Axelar network.

To start, e-Money will support cross-chain stablecoins within its wallet with Ethereum and Avalanche.

E-Money is a blockchain-based payment platform built by Danish fintech e-Money A/S, committed to bringing financial inclusion and to help people around the world to have easy access to digital currencies. Built on Cosmos technology, e-Money supports a range of fiat-stablecoins which are fully backed by bank deposits and government bonds that are also interest bearing. The fidelity and transparency of e-Money stablecoins will be ensured by Ernst & Young providing quarterly Proof of Funds.

E-Money currently supports several European currency-backed stablecoins such as the EEUR, the ECHF and tokens backed by Scandinavian currencies (ENOK, EDKK, and ESEK). The e-Money ecosystem has a second token, the NGM “Next Generation Money” that is a staking token and rewards token. Users can stake NGM to secure the e-Money network.

Unlike most existing stablecoins, which aim to maintain a static 1:1 peg with their underlying assets, the value of e-Money’s currency-backed tokens continually shifts in line with the interest accrued on the reserve assets. This means that holders benefit from the interest accrued on their assets while they sit securely in your wallet. The e-Money blockchain supports instant payments at scale and includes a dex for easy conversion between currencies. E-Money has already integrated with Cosmos Hub, Osmosis and Ethereum and expects to integrate with all major networks moving forward.

Axelar is the universal overlay network, delivering secure cross-chain communication for Web3. Axelar takes blockchain interoperability beyond permissioned multisigs, supporting general message passing and composability of programs via a proof-of-stake transport layer. Developer tools and APIs make it easy for both protocol and application developers to integrate interoperability. Axelar has raised capital from top-tier investors, including Binance, Coinbase Ventures and Polychain Capital. Partners include major proof-of-stake blockchains, such as Avalanche, Cosmos, Ethereum, Polkadot and Terra. Axelar’s co-founders are founding team members of Algorand and award-winning graduates of MIT, where they received notable recognition as part of their graduate studies.

How to Stake the AXL Token on the Axelar Network

Step-by-step on staking the AXL token to contribute to the security of cross-chain communication on the Axelar network. 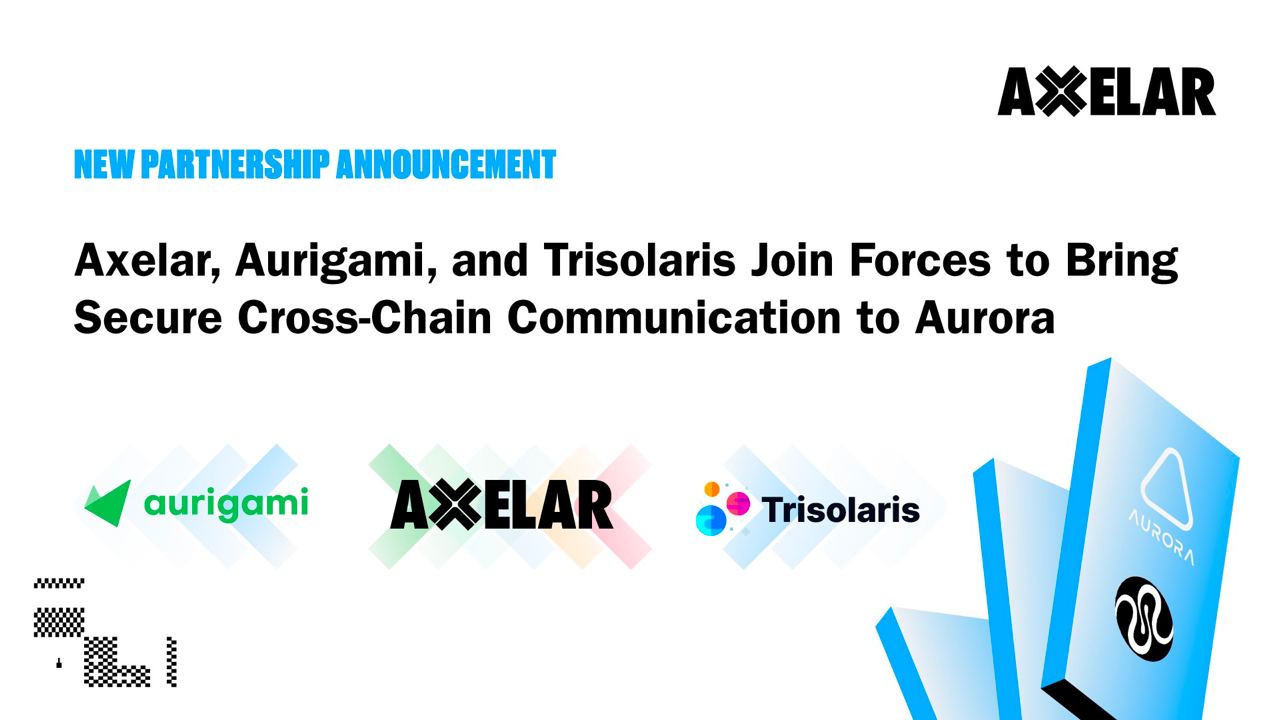 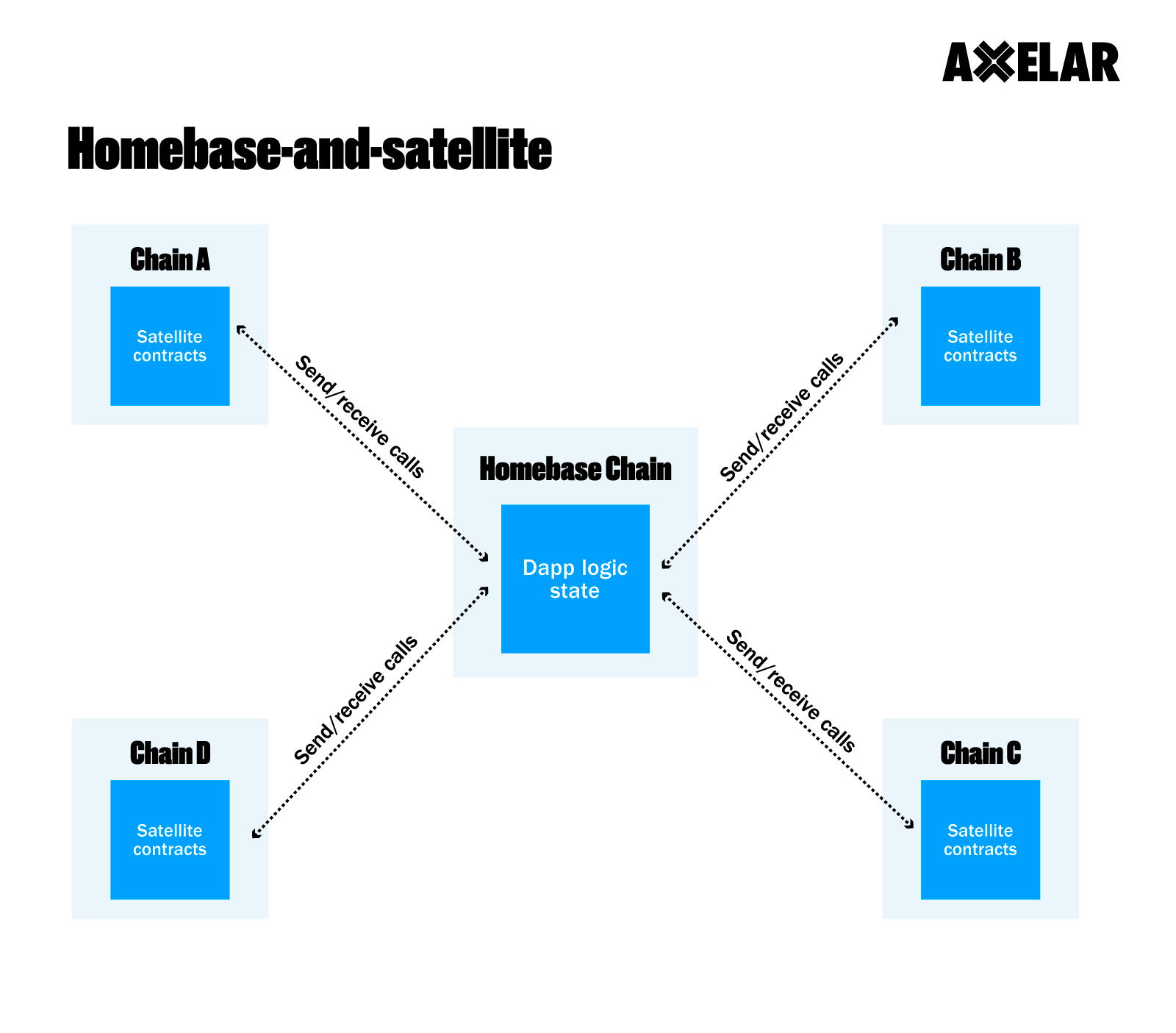 How to Build a Cross-Chain DApp: Interop Architecture 101

How to go about designing cross-chain architecture.